The Hero’s Journey of Bryan Tilghman

With dark nights come deep blessings.  Acutely haunting emotional and physical experiences can have an effect on the human psyche where ‘soft nudges’ fail.  Gentle pushes often given to you by your higher self to let you know you need to be traveling a different path are often ignored, leaving them no choice but to shake you at your core so you may open your eyes to the opportunities that have been on standby.  These purposeful experiences are exactly what led Bryan Tilghman on his own shadowy trail that would soon become a shining path with no question as to his abilities or purpose.

In 2012, Bryan began what he calls a ‘hero’s journey’ of awakening.  Though not always easy, he was being guided onto the Path of Light by his Higher Self. He began by studying a lot of spiritual information and found himself quickly drawn to the angelic realms and ascended masters teachings.

In an effort to find his balance, Bryan began a daily meditation practice in earnest. Archangel Michael appeared to him at about the 75th day in a way that made it unquestionable who he was and what was happening.  He had no idea he was capable of experiencing this gift, but there was no denying what was happening, and it propelled him to the next level of his odyssey.  He soon discovered the teachings of Archangel Michael through his messenger Ronna Herman-Vezane. 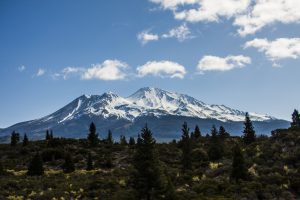 It was during this time that Bryan began working with Carolyn.  She assisted him in bringing forth direct messages for him from what he calls his ‘heaven family.’  Through a combination of meditative, Reiki and soul retrieval sessions, Bryan’s fire was lit and he went deeper into the studies of Archangel Michel and various spiritual teachings.  Sometime later, Carolyn recommended he read the Telos series by Aurelia Louise Jones.  Telos is a series of messages from the descendants of ancient Lemuria, many of whom now inhabit the Inner Earth city of Telos.  Telos is a fifth dimensional City of Light below Mt. Shasta, CA which is also the crown chakra of Gaia (the primal Mother Earth goddess).

As far as Bryan had delved into this world, the introduction to these books about Lemurians living in the mountain didn’t resonate with him.  He felt that he couldn’t ‘go there’ and didn’t move further.  About 3-4 months later, Carolyn called and asked him about the books, that his heavenly family wanted him to read them.  Bryan is not one to ignore blatant instructions like this, so he proceeded to buy the 1st volume.  Once he began reading the book, it surprisingly echoed his needs and he swiftly soaked the new knowledge.  As he delved deeper into the realms of the 5th dimension, he began doing the meditations and traveling to Telos in his light body.  He realized that once we step beyond our physical bodies, consciousness exists everywhere, allowing access to higher realms of light than exist on the physical planes.

n 2015, Bryan was advised to move to Mt. Shasta, CA by Master Adama and he followed the instruction in 2016.  This move led him to, not only his personal evolution in his soul mission, but also to meet his beautiful bride, Fabienne, who is a certified instructor of Ronna Herman-Vezane’s Quest for Mastery.  His growth also expanded to include his own book, called Telos Welcoming New Earth written  as a gift from Adama, to assist humankind in the ascension process.

Bryan has since moved back to Tennessee to continue his soul path.  He noted that the ego doesn’t always support us in our awakening.  It doesn’t always allow us to relax and be still, enabling serenity to come in.  It is in those still spaces that we can connect with the divine.

“Once we have connected with the divine for ourselves, it propels us further,” Bryan says, “It takes effort, dedication and practice and is not an easy road to travel.”

Bryan’s suggestion for beginners is to begin a practice of stillness.  Whether through meditation, yoga, or even just a walk in the woods.  If you are willing to take a serious look at the great opportunity of ascension so that it doesn’t pass you by, you will be stepping out of your own illusion, expanding your awareness and answering questions like:

“Where did I come from?”

His second suggestion is to develop a relationship with your higher self.  Ask to be shown what you need to fulfill your greatest destiny and your soul’s mission of service.  There has to be a desire and a willingness in your quest so you can get an answer, but the answers are there for those who seek them.

For more information on Bryan Tilghman and his path, go to www.lostlemuria.com to find videos, blogs and guidance. 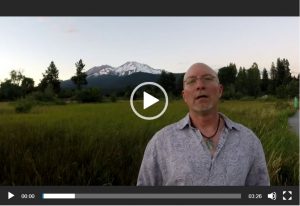