As an ancient healing tradition, Shamanism is known the world over in many indigenous cultures.  Originating from the Tungus tribe in Siberia, this term is used to refer to spiritual and ceremonial leaders.  Clearly, a leadership role in spirituality something one takes many years of self-education, self-improvement, and a calling to be a guide for others, helping those in need of clarity on their own path.

Lee Sinnott is just such a person.  His roots in seeing beyond our typical world were laid from childhood when he experienced ‘weird’ things that he could not understand, but didn’t think anything of, as he grew older.   Lee’s upbringing was deep in Christianity and one such experience found him in a church service as a boy staring at a stained-glass window.  One particular piece of the window was of a landscape, green rolling hills and blue skies – he got lost in the beauty of this other world, so much so that he had to see it up close.  When the service was over, he asked permission to look at the window up close, and with permission granted, went to inspect this ethereal plane further.  As he grew closer to the window, he realized this piece of glass had no landscape in it.  Not only were there no rolling hills, it was void of the vibrant colors he got lost in as he sat in the pew waiting impatiently for the service to be over. 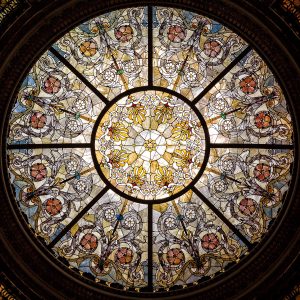 His second, and more profound, experience that actually began him on the journey beyond Christian tradition was in the setting of his Methodist confirmation.   During the confirmation, they laid hands on him and he instantly felt an energetic charge.  He thought it was ‘cool,’ and wanted to know what it was.  No one had an answer, elders all chalked it up to his own wild imagination.  Lee knew it wasn’t his imagination and he started a journey of a different spiritual path with his roots remaining strong in Christianity.

As Lee searched for answers, he surrounded himself with many friends that followed completely different teachings.  They ranged from Odinism to Buddhism and Wiccan, among many others.  He was completely willing to learn all of the different ways of spiritual thinking so he could as well as learn the disciplines of martial arts and the energy force of chi, earning two black belts.  All of this searching and self-education set him up with a solid foundation to begin asking the right questions to enable him to become enlightened. 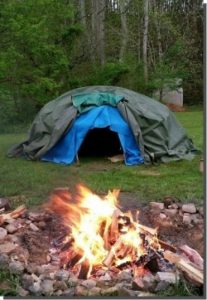 One of Lee’s next, most impactful, steps was participating in a sweat lodge event at the Center for Peace in Seymour.  It was during this experience that he came to acknowledge that he has prophetic dreams and his interest in Indian culture expanded.  But it was also at this time that he was beginning to face a trauma he experienced out of college head-on.  Finding and participating in this sweat lodge was a major turning point in his mental clarity and his mental health, leading him to deepen his connection with nature so that he could read signs and not only heal himself, but learn to heal others as a Shaman.

Throughout all of these experiences, Lee also worked with Carolyn A. Jones.  It was Carolyn that helped him clarify that he actually is a healer, and that is what he is meant to be.  As he read things like Urban Shaman by Serge King and expanded on this Hawaiian, shamanistic way of life called Huna.  He feels that once he stepped into the world of Huna, he ‘strapped on his rocket packs’ and never looked back.

For those of you not aware of what Huna is, it refers to a way of life, a way of being, that brings healing to the self and to the world at large through use of various uses of life-force energies.  People who seek out Huna knowledge are often looking for answers to questions like “What is my spiritual nature?” or “How can I connect with the elemental forces of nature and remain in harmony with my environment?”

Lee sought out, and became, the student of the Urban Shaman author, Serge King.  Since then he has taken most of King’s home study courses and has submitted a request to become a spiritual leader of traditional Huna, which is an ordained position.  As his submission for becoming formally ordained is reviewed, he plans make his journey to Hawaii to complete the process.   And although he has already been through Reiki I & II classes, he plans on revisiting Reiki II through the Holistic Institute of Wellness so that he can eventually become a Reiki Master practitioner.  Additionally, he is currently working on obtaining his master level therapist licensing.

All of this experience puts Lee in the unique position of being someone that can help his clients become the best versions of themselves possible.  Through life coaching, spiritual counseling, spiritual tradition Ho’oponopono, Druidry, magic and Shamanism, Lee is a big part of bridging the gap between the energetic planes of our existence and what we see every day.  If you would like to reach out to him about participating in any of his upcoming classes, or simply ask about his journey, Lee can be reached at lee.b.raven@gmail.com