Brittany Childs, Certified LifeWorks Coach and Reiki Master, says that too many times we find ourselves pressured to find our purpose.  Sometimes this pressure makes that journey seem too big to fulfill.  She herself has had the experience of letting old beliefs dictate her current direction.  From struggling to open her doors to the right people to allowing guidance so she could believe in herself and become the true and authentic person she is today, Brittany has the experience to become your Reiki Sherpa.

Brittany’s current vibration took 6 years to achieve.  She began when she found that she was super focused on her ‘proposed’ path.  How many times have you thought in your head ‘I am supposed to be doing such-and-such..’?  If you have ever felt like you were standing on the precipice wondering why it’s so difficult to take that next step towards what you are ‘supposed’ to be doing, it may be your subconscious telling you this really isn’t your path.  Stepping back and getting out of that space helped Brittany look at the bigger picture where she could see patterns in her behavior that told her she was relying on old beliefs to decide her fate.  Her path she had chosen had been met with so many closed doors, yet she was continuing to try to barrel through them instead of creating a new path that it was becoming painfully obvious it was time to make a change. 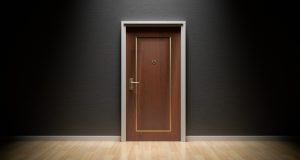 Enter Carolyn A. Jones, Reiki Master.  Carolyn has been the catalyst for many transformations and Brittany was no exception.  Carolyn helped her to get rid of her old beliefs and attachments that were no longer serving her so that she could be receptive to what the universe had in store for her.  Along the way she struggled with giving herself grace.  While Brittany often gave others slack, she rarely afforded herself any room for movement.  When a door closed, she found herself being embarrassed by it rather than exploring a new approach.  Being bound by what others thought was not a positive space and opening her door to Carolyn’s guidance not only changed her life, but indirectly changed the lives of those surrounding Brittany.

As the winds of change blew through Brittany, she welcomed the realization that she is a listener, an encourager, a gentle space and soft place for people to land.  Within this realization also came the clarity that she would best serve as a coach for others that are going through the same struggles.  She wanted to be a person that added value to those in her life as she had experienced with Carolyn.  Her favorite and most fulfilling moments are when she is a channel for her clients, holding a space of love for each of them as they need it.

Brittany still experiences the occasional challenge of devaluing herself and listening to other’s judgements, but as a human we all work to navigate those waters of self-worth.  Luckily, she now has the tools she needs to recognize those moments and not allow them to be as impactful as they once were.  She has come along way and takes joy in her destiny now because she understands that when one door closes, she must grab the handle of another, own it and embrace what’s on the other side.