Just before a tornado you might experience a calm, but as it nears, your eyes are opened to the unimaginable chaos gouging a path in the land it crosses, destroying everything that has the misfortune to be in the cross-hairs.  You can see pieces and parts of a home, cars, trees, maybe an occasional animal swirling around with their own stories to tell as they make their journey to a new use or decay depending on the extent of the destruction. 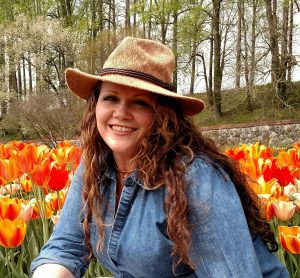 April Tate Stinnett represents all of us as we stand outside of our lives as they currently stand.  So many of us approaching our 40’s and beyond think we should have the ideal home, the perfect partner and reaching the pinnacle of our careers. But we are all wrong.  In her mid-40’s, April is embarking on a new and scary journey spanning home life to career because she is listening to her heart and giving her intuition well-deserved attention.  She is demonstrating that it is okay for us to see the chaos surrounding us and not dig in with a resignation to stick it out even if it seems wrong.

Raised in a strict Baptist home, April had beliefs that were ingrained in her, but she knew from a young age that there was more.  She often found herself going to the cemetery to sit by her grandfather’s grave to speak to him.  While this was a positive experience, others, such as several bouts of sleep paralysis and witnessing negative energies led her to decide to withdraw from organized religion of any kind, as if remaining neutral would keep the bad things at bay.  And it did.  But it did not explain them or help her beyond placing a virtual blindfold over her eyes to pretend that the turmoil around her would leave her unharmed.

Fast forwarding to her ending marriage and a particularly horrifying personal incident, April was forced to come to terms with her reality.  In order to thrive, she knew she could not give her joy away to the forces in her life that tried so desperately to take it.  She found a therapist that guided her beyond her anger and helped her see inside herself.  It was at that time that she was introduced to smudging.

Smudging was the tiny crack in the door that opened her back up to the spiritual world.  But as life has a way of making you question whether you are on track, she had another setback that was a major heartbreak.  Her step forward seemed like miles away while she was immersed in feelings of anger, resentment and sadness that swirled inside of her, weighing her down and affecting every facet of her life.  Going back to her therapist, she was eventually led to Reiki.

April was somewhat skeptical as she got onto Jana Kadovitz’ table for her first Reiki session.  She has a science-based career and this was not something she could immediately quantify.  Despite her trepidation, April almost immediately warmed to the energy Jana was working with and felt difficulty getting off of the table when the session was over.  She was drained, she was emotional and although she didn’t understand how it worked, she immediately knew it was important to continue. 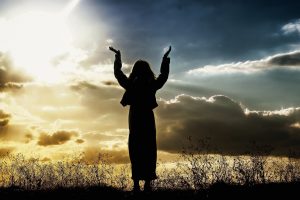 Stepping into the world of Reiki, April gained a closer connection with her energy and a more intentional welcoming of the spiritual.  It was through this practice that she came to the realization that all of her negative experiences were brought on because she is a source of light.  It is as though she draws negative people because they feed off of her, leaving her drained and giving them energy they need to survive.

Since then, April has evolved to understanding that she IS a source of energy and it can be used for good.  She started taking Reiki so that she could heal herself, but her purpose has transformed into wanting help others in the way that she has been helped.  Now, as a Reiki Master, she is recognizing her strength and able to pinpoint sources of disturbance in her life.  She is clearly seeing the destruction swirling around her and she is working on getting out of the way, breaking the old beliefs that she must stand firm and ‘make it work,’ she has learned that life is too short to stand amidst the chaos and force things that aren’t working.

If you would like to reach out to April, you can email her at ats73ih@gmail.com