Quest for Mastery I 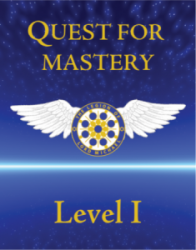 This is a half day workshop based on the teachings of Archangel Michael, as transmitted by Ronna Herman-Vezane. Ronna Herman-Vezane is an internationally known channel for Archangel Michael and has brought forth a monthly message since 1992. The breathing techniques using sacred geometry and meditations from these messages are the basis for the Quest For Mastery workshops.

In level I of the Quest For Mastery seminars you will learn the techniques and meditations outlined below. Do not feel daunted by any terminology you’re unfamiliar with, these will become clear during the seminars. Archangel Michael’s teachings are open to everybody, whether you’ve been on your spiritual path for some time already, or if you simply love angels – all you need is an inquisitive mind.

The class fee is $88, payable via PayPal.

The Holistic Institute is hosting one of Ronna Herman’s Core Team Members who will be teaching all three levels of Quest For Mastery.

For registration and payment information please email Carolyn at Office@HolisticInstituteofWellness.com

If you attend all three levels, total class fee is $250, payable before the first class. As the Level II class coincides with the Crystalline Light Expo, a make up class will be offered for Level II.

Maximum number of attendees is 20. Upon completion of each class you will receive a certificate and syllabus.